Recently we went to The Just So Festival, which is a festival based in Rode Hall in Stoke-On-Trent which is for children. We last time we went was in 2013 when N was 2, and were pleasantly surprised to find loads of activities and experiences that N could enjoy and take part in. This year was just as good, N wanted to take part in the tribal element of the festival and chose to be an Owl.

There are so many lovely experiences from the festival I’m not sure I can list them all. 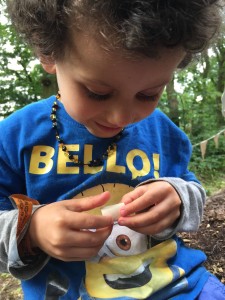 On Friday, there was the fairy ball but to go you had to find a invite. In this picture N is unwrapping his invite which he was delighted with. 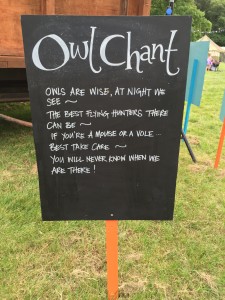 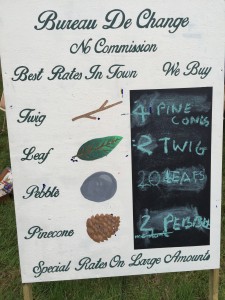 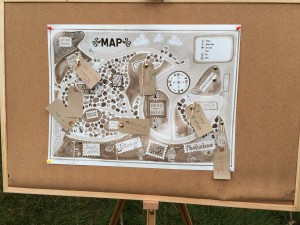 I love the maps that were dotted around, this map was a map that the children at the festival added to by pinning a label to the place where they had found or seen something that they had enjoyed. They also had travellers journals for the children to draw or write about their favourite experiences at Just So.

One of my favourite parts of Just So is how they decorate the forest. This year there was the museum of curiosities. 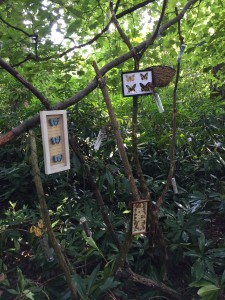 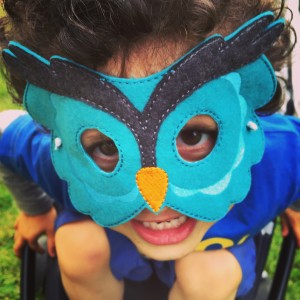 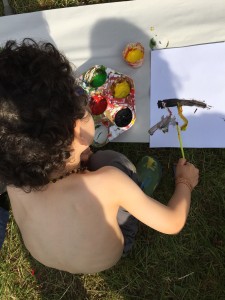 The peekaboo area is a specially designed area for under 5’s. In the mornings they had painting, it was great seeing babies, toddlers and preschoolers together painting themselves and maybe getting a little on the paper in front of them. 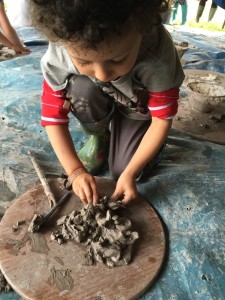 Eastnor pottery had a pottery wheel and clay so the children could have a go at playing with the clay, creating a bowl and generally experience clay.

As Just So caters for younger children in the Peekaboo area there was a baby bath tent, which had lovely warm water and bath products by Weleda  all day. N had great fun in the mid afternoon having a bath and lounging in it.

There are many workshops some that are suitable for older children and some of which are aimed at younger children. The only workshop N took part in was a pinhole photography one in which they made a tube to frame pictures in and a bookmark made of the shadows left by an object placed on it. However, N wasn’t happy during the festival and threw the program out of the buggy which is where I was keeping it safe. We were kindly provided with one ready to make so we just need to find another lovely feather and leaf to create another one.