While we were at Just So Festival we noticed a trailer and outside the trailer there was an old fashioned camera. On the first day we had a look at the pictures being taken and developed, and decided that at some point over the weekend to have a picture taken.

The lovely team taking and developing the prints were tin type trailer. When on Sunday it was time for N to strike his pose. They took their time and explained in detail but also in language appropriate for him to understand, they even showed him what it looked like through the viewfinder and then explained why the image was upside down. 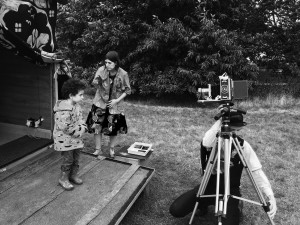 The  camera being set up for N. 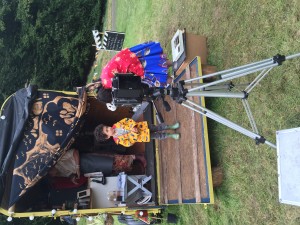 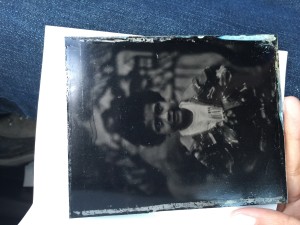