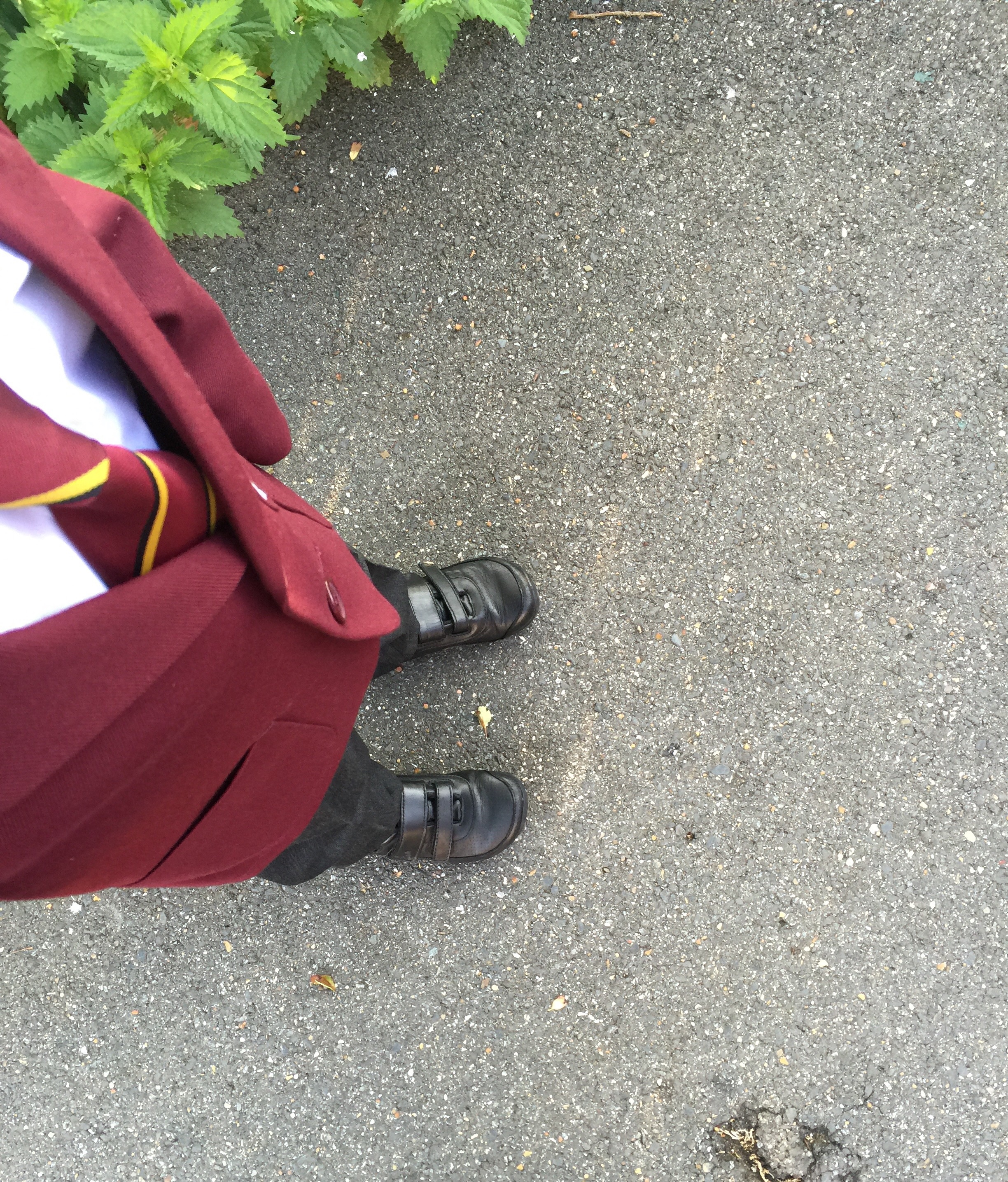 After all of the checking we have everything for school: uniform, lunchbox, shoes etc. N’s first day at school has arrived. In true N style he refused to have his picture taken in his lovely uniform.

Just to add to the drama of the day I managed to arrive early and left his bags in my car while I popped in to work before taking him to school. Yes, I left my car keys on my desk and then tried to grab his bags. Fail. He was fine without his bag and his bags were delivered long before lunch so he didn’t miss out on his lunch that he’d picked out ingredients for. However, that doesn’t stop me feeling a little stupid.

His day went well and he even had PE on his first day. He came home in his PE kit which delayed the surprise at seeing how filthy his shirt had got after one day of him wearing it. I now know why I had six shirts for my school career. Lets hope the next 12 years go just as well.