Sunday 18th June 2017 is Fathers Day, it has crept up on me this year normally I am ready and have presents and everything sorted. When we were invited to a Fathers Day Pizza party at Pizza Express, I snapped at the chance.

N loves cooking, his dad not so much; I thought this would be the perfect opportunity for his dad to take part in something N enjoys so much. Everyone got involved in the pizza making which really made N’s night and his dads (although he won’t say it) 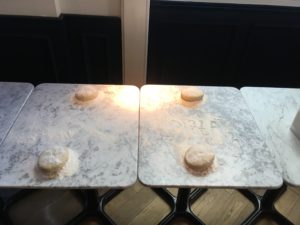 They were presented with premade dough and a floured table ready for them to make their pizza. 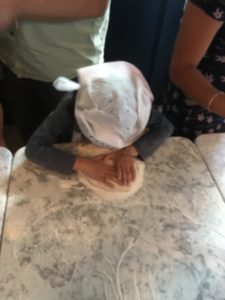 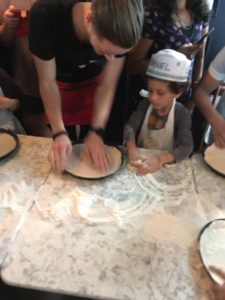 After stretching out the dough so it was nice and thin, they put in pizza’s in a dish to put them in the oven. The pizza’s were then covered in tomato sauce and any toppings they might want on their pizza’s. 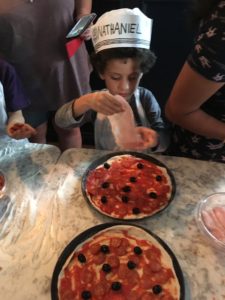 N called his Pizza Smiler and he even added a half ring of onion to make the smile. On N’s pizza he had cheese (which he has only just starting to eat), olives, ham, pepperoni and the onion ring for a smile. N’s dad made his pizza with similar toppings but added artichoke, the pizza’s were delicious.

Pizza Express has their own special way to celebrate Fathers Day with your Father, you can get any starter and main for £11.95 during this weekend.

After a long night of pizza making N was exhausted but couldn’t stop talking about his pizza making adventures and would like to make it a regular occurrence.

Disclaimer: we were invited to the Pizza Express event in exchange for this blog post.